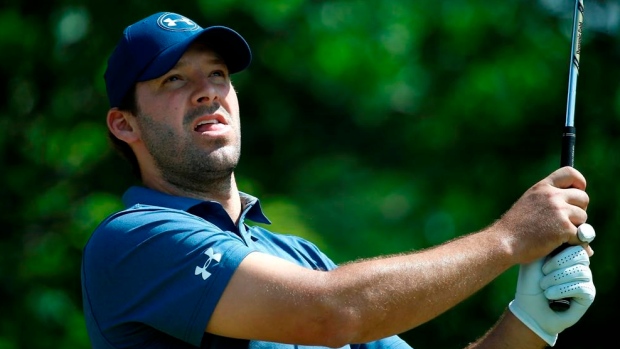 GARLAND, Texas — Tony Romo played 27 holes in 1 over Friday in the first stage of the Web.com Tour's Qualifying Tournament, leaving him 73rd in the 76-player field.

The former Dallas Cowboys quarterback played 27 holes in 11 over Thursday in the rain-delayed event at Garland Bridges. The top 22 and ties after the final round Saturday will advance to the second stage.

"It's always more fun when you play well," said the 38-year-old Romo, now an NFL analyst for CBS. "I still left some shots out there, but that's part of getting better this year. I'm getting better. I can see through the repetition and good coaching and hard work and effort, you're going to keep improving. What I see is just the consistency aspect. Some of the small things have kept me from shooting the lower, lower scores, but that'll be the off-season practice."

Brandon Robinson-Thompson topped the leaderboard at 17 under after a 9-under 62.