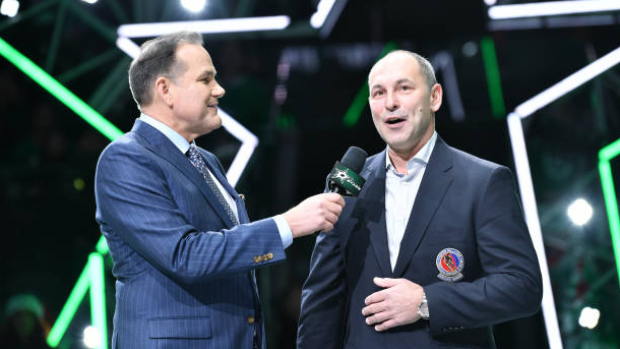 The Russian Hockey Federation announced Tuesday that Oleg Bratash, who was named head coach of the team in October, will now serve as the team's senior coach.

Zubov was serving as head coach of Dinamo Riga this season, but parted ways with the team in October just 20 games into his tenure. He previously spent two seasons as head coach of Sochi HC in the KHL from 2017-19.

"I am ready to work in this role at the World Junior Championship," Zubov said Tuesday. "I think that our coaching staff has enough knowledge and experience to work at such a large tournament. We have a talented team and we're preparing for the competition."

The 51-year-old spent 16 seasons in the NHL during his playing career, including 12 with the Dallas Stars. He won the Stanley Cup with the New York Rangers in 1994 and again with the Stars in 1999. He was inducted into the Hall of Fame in 2019.

Russia also named their preliminary roster for the world juniors Tuesday, headlined by Nashville Predators prospect Fedor Svechkov, the lone Russian selected in the first round of the 2021 NHL Draft. Fellow Predators prospect goaltender Yaroslav Askarov, selected in the first round of the 2020 draft, was also named to the roster and appears set to play in the world juniors for the third straight year.

Wingers Danila Yurov and Ivan Miroshnichenko, both ranked in the top 10 of Craig Button's November rankings for the 2022 NHL Draft, were also named to the roster.