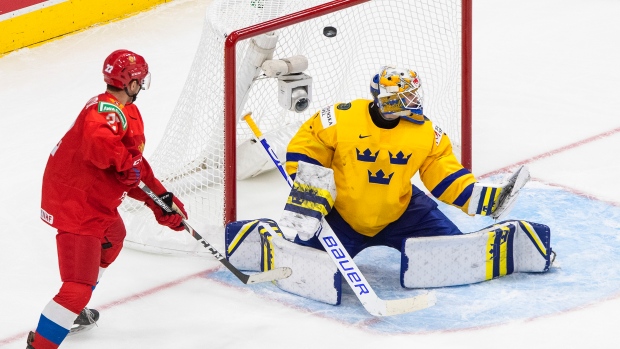 Sweden (2-0-1-0) forced the three-on-three overtime when, with a minute left on the clock, New Jersey Devils prospect Alexander Holtz released a rocket of a shot that bounced off the shin of Noel Gunler and into the Russian net.

Sweden went into Wednesday's game having won 54 straight in group play at the tournament.

The Swedes will face the U.S. in a final preliminary round game on Thursday. Russia will play in the quarterfinals Saturday.