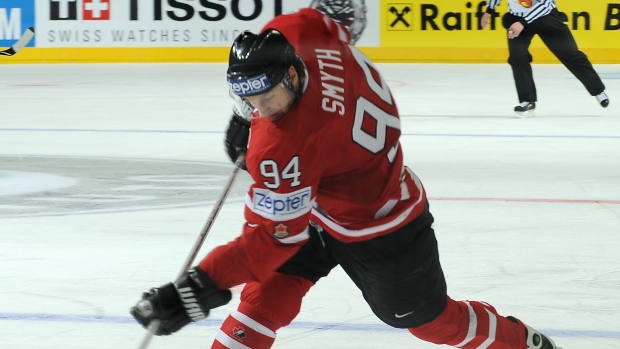 'Captain Canada' is going to the IIHF Hockey Hall of Fame.

Former NHL forward Ryan Smyth, who wore the 'C' for Canada at the World Championship more than any other player in tournament history, is among five players and one builder who will be inducted this spring.

I never dreamed of this happening. I feel blessed & humbled to be inducted into the @IIHFHockey Hall of Fame. Congrats to the other inductees. Thank you to my family & @HockeyCanada for allowing me live my dreams & to my fans and teammates. Wearing the maple leaf was my honor🇨🇦🏒

Forward Alexei Yashin and defencemen Kimmo Timonen, Mark Streit and Mathias Seger will also be inducted in the player category, while South Korea's Mong-Won Chung will go in as a builder.

Streit, who played in 786 NHL games with the Montreal Canadiens, Philadelphia Flyers, Islanders and Pittsburgh Penguins, captained Switzerland in nine of the 13 World Championships he played in and in three of his four Olympics appearances. He also played in two World Juniors at the start of his career and with Team Europe at the 2016 World Cup.

Timonen played at five Olympics, winning silver in 2006 and bronze in 1998 and 2014. He also played at seven World Championships (three silver) and the 2004 World Cup. He also played 1,108 career NHL games with Nashville, Philadelphia and Chicago.

All six individuals will officially be inducted in a special ceremony in Zurich, Switzerland on May 24.