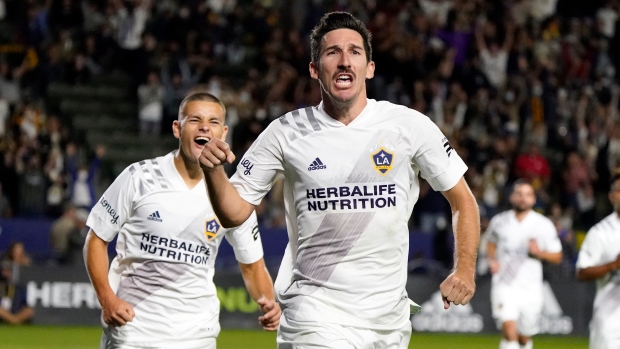 HOUSTON (AP) — Sacha Kljestan and Kevin Cabral scored in the LA Galaxy's 3-0 win over the Houston Dynamo on Wednesday night.

Los Angeles (13-11-6) has won two straight after getting a stoppage-time winner from Kljestan on Saturday. Houston (6-13-12) was eliminated from playoff contention Saturday.

Kljestan scored on a penalty kick in the 39th minute and a Zarek Valentin own goal gave the Galaxy a 2-0 lead at the break. Cabral scored two minutes after halftime on a breakaway.