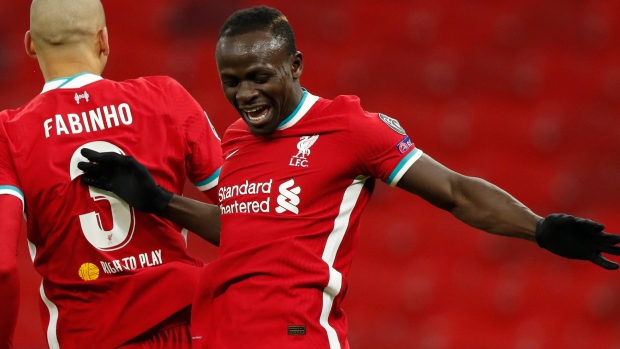 Liverpool forward Sadio Mane is set for x-rays after picking up an injury on international duty with Senegal.

But Senegal boss Aliou Cisse cautions that Mane's exit in the 28th minute of Thursday's 1-1 draw against Togo was simply a precautionary matter.

"There is nothing bad," Cisse said. "We only took him out as a precaution, not for something serious."

The injury to Mane is believed to be to his ribs or hip.

Senegal has already qualified for the 2022 World Cup to be played in Qatar next fall.

Mane, 29, is in his sixth season at Anfield following a £34 million move from Southampton in 2016.

In 11 league games this season, Mane has six goals.

The Reds return to action on Nov. 20 with a match against Arsenal.