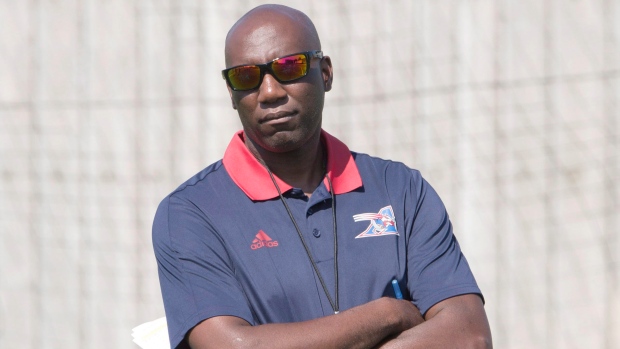 Days after Kavis Reed was relieved of his duties as Montreal Alouettes general manager, the details surrounding the situation continue to emerge.

Reed’s firing was a product of a months-long investigation by the Canadian Football League.

“One of the things we do know is the league has been at the forefront of this investigation, which really has been going on for months, and there are a lot of layers to this story,” TSN’s Farhan Lalji reported.

“Among the reasons that Reed was dismissed was for attempting to circumvent the league’s salary cap. And one of the ways he did that was by providing money to the company of an existing player. That player then redirected some of that money to other players on the team.”

Reed was fired by the Alouettes Sunday with little details given at the time by team president Patrick Boivin, who said commenting on details of the move could open the team up to legal troubles.

Lalji reported salary cap issues were at least part of the reason Reed was fired by Montreal, while adding the moves led to questionable roster decisions.

“This may have led to some questionable roster decisions (such as) the recent release of (Canadian receiver) Felix Faubert-Lussier. Now we don’t believe that he was at all involved in any of this, and certainly the coaching staff did not want to see him let go, but once Reed was let go, Faubert-Lussier was quickly brought back to the team.”

Reed was named Alouettes general manager ahead of the 2017 season. One of his first big moves was acquiring veteran quarterback Darian Durant from the Saskatchewan Roughriders and signing him to a big-money, three-year contract. Durant was released after just one season in Montreal where he led the Als to a 3-15 record. Lalji said the Durant contract was another reason for Reed’s firing.

“And also the Darian Durant situation, which is not necessarily salary cap circumvention but salary mismanagement, especially in the form of a signing bonus and how that was all dealt with. Eventually the league had to get involved in that situation, there was a sizable settlement given to Durant, it took almost a year to get through, and Reed was fined for his role in all of it.”

Whether it was attempted cap circumvention, mismanagement or both, Lalji said there was little surprise around the league when the Als finally parted with Reed, adding he'd gained a reputation for leading a front office that was in disarray.

“There were some rumblings, but beyond that I think there’s generally a feeling that the Als front office, led by Reed, was extremely disorganized. There was a sense of real chaos going on around there. Reed, for his part, tended to overpromise and tell a lot of people what they wanted to hear, so not necessarily a surprise.”

Lalji added that the league has promised prospective owners that the situation will be cleaned up before any deal is agreed to.

“The new prospective owners have been kept fully abreast of this situation; they’ve basically been assured once this deal closes, assuming it does, they’ll be walking into a fresh slate. And as for Joe Mack, who’s the current interim general manager, it’s believed he’s not interested in the role long-term.”