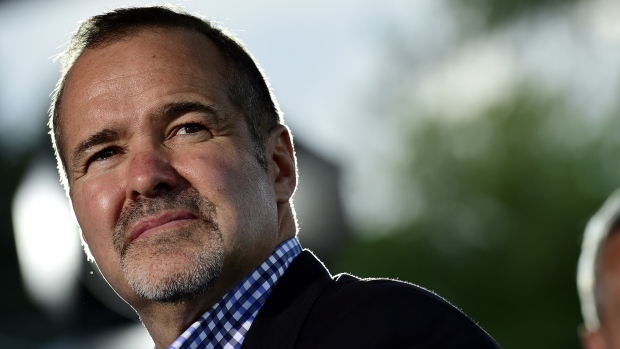 Although his team is in the thick of the Eastern Conference playoff race, Montreal Impact president and CEO Joey Saputo made it known Friday that the franchise is falling behind on the business side of Major League Soccer.

“We are losing $11 million to $12 million per season,” Saputo disclosed during a frank and transparent discussion with members of the media at Stade Saputo.

Saputo said one way the club is looking to stem the red ink is with help from city hall by reducing the club’s annual tax bill of $2 million.

Negotiations with the City of Montreal have been ongoing since the Impact joined MLS back in 2012. Most recent discussions with the current mayor, Valérie Plante, who was elected just under a year ago, were termed as positive.

Stade Saputo is located within the Olympic Village perimeter, so Saputo doesn’t own the land the stadium which bares his own family’s name sits on. It is owned by the Olympic Installations Board, a Quebec government entity which has a tax-free status.

Saputo also revealed that the Impact’s plan to inject $50 million into upgrading Stade Saputo is on hold. This was solely due to the significant increase in taxes that an investment of that size would bring. Simply put, it would double their tax burden to $4 million a year.

In a league where all the clubs are overly reliant on box office revenue, the Impact are falling behind. Not only has their season-ticket base stalled in recent seasons at just over 9,000, the club is significantly below the league average ticket price of $35 (U.S.).

“While Toronto FC have an average ticket price of $45, the Impact’s is only $32,” Saputo said.

The Impact front office will need to significantly step things up in the off-season. Saputo has targeted a season ticket base of 13,500 for next year. He also appealed to the local corporate sector. A greater percentage of season ticket sales to the business community is another target.

The Impact president also held up his hand though, revealing he was guilty of making mistakes over the club’s lifetime in MLS.

Saputo didn’t rule out taking a step back from the day-to-day running of a club that is celebrating its 25th anniversary this season – all with Saputo at the helm.

He did though rule out selling the club and the shut the door on the club ever being relocated.
Saputo did say he would consider bringing on board a minority partner, but would not actively solicit a possible suitor.

The Impact president has held discussions with Don Garber in which he informed the MLS commissioner the current order of parity across the league was not sustainable. Whilst the Impact are competing admirably with their opponents on the pitch, it is impossible to compete with the likes of Atlanta United at the box office.

Saputo said that the current Eastern Conference leaders generate $2 million (U.S.) each game day at the box office, while the Impact only manage to bank $500,000.

It is clear that as MLS evolves the league is undergoing a metamorphosis. A hierarchal separation of clubs which is not dissimilar to what we see in all major leagues across Europe.

Unless the finances of the Impact are properly addressed, the club is in grave danger of falling further behind.