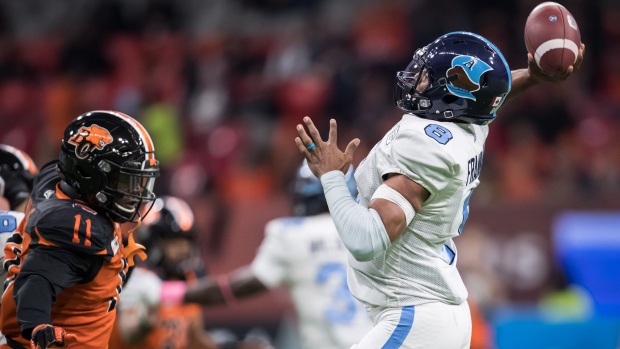 James Franklin is hanging up his cleats.

The Saskatchewan Roughriders announced on Friday that the 29-year-old quarterback has retired.

BREAKING: QB James Franklin has announced that he's retiring from the CFL. pic.twitter.com/pQbDAqukVF

A native of Oklahoma City, Franklin won the 103rd Grey Cup in 2015 as a member of Edmonton.

A product of Mizzou, Franklin spent five seasons in the league with Edmonton and the Toronto Argonauts.