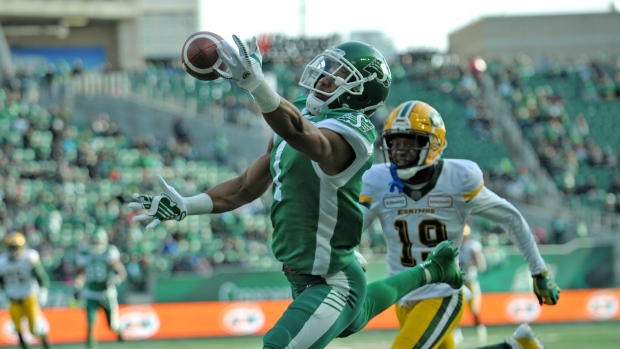 Shaq Evans will be back in the Green and White in 2022.

The Saskatchewan Roughriders announced a contract extension for the 30-year-old wide receiver on Tuesday.

A product of UCLA, Evans appeared in seven games for the Riders in 2021, hauling in 224 yards on 44 receptions with 77 yards after catch.

A native of Inglewood, CA, Evans heads into his fourth CFL season, all coming with the Riders.

Prior to coming to the CFL in 2018, Evans was taken in the fourth round of the 2014 NFL Draft by the New York Jets and signed to a four-year deal.

But a shoulder injury meant that Evans would never play a snap for the team and he was released in Sept. 2015. He then signed onto the practice squads of the Jacksonville Jaguars, New England Patriots and Dallas Cowboys before heading to the CFL.