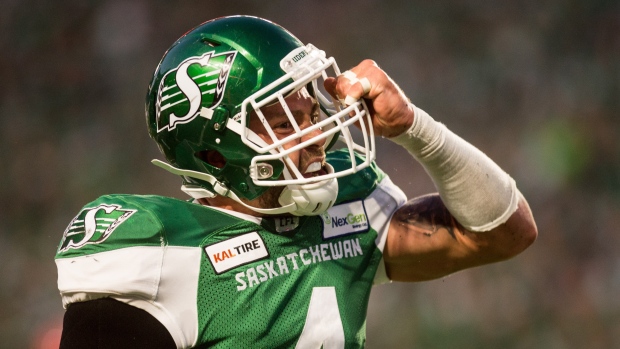 The Saskatchewan Roughriders announced Sunday they have agreed to terms with national linebacker Cameron Judge on a contract extension.

OFFICIAL | We have agreed to terms with 🇨🇦 LB, Cameron Judge (@CameronJudge) on a contract extension.#CFL pic.twitter.com/akNxDF0waL

Judge will make 190k in hard money this season. Up to 210k with incentives. #RatioChanger @CFLonTSN #Riders https://t.co/0hvnG2NSzn

Judge was the West Division nominee for Most Outstanding Canadian Player last season after finishing with 61 tackles, five sacks, and two interceptions in 16 games.

The 25-year-old has played his entire three-year CFL career with the Roughriders, and has 102 tackles, seven sacks, and two interceptions in 38 games.

The Roughriders also signed Takoby Cofield to a two-year contract extension on Sunday, keeping the American offensive lineman with the team through the 2021 season.

Cofield returns to the Roughriders after playing in 15 games over the last two seasons. The 28-year-old spent time at both left and right tackle in 2019, playing in four games after sustaining an injury in the early part of the year.

The North Carolina native spent five collegiate seasons at Duke and played in 51 career games. He helped his team win the ACC Costal Division Championship in 2013 and made three bowl game appearances.

Cofield spent time with the NFL's Oakland Raiders, Seattle Seahawks and Washington Redskins and played in eight pre-season games between 2015 and 2016 before joining Saskatchewan.