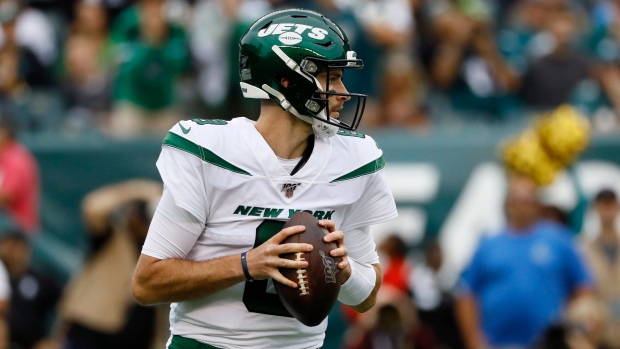 The Saskatchewan Roughriders announced the signing of the former New York Jets quarterback on Friday.

A native of Logan, UT, Falk starred at Washington State where he won the Burlsworth Trophy in 2017 as the most outstanding FBS player who began his collegiate career as a walk-on. Other winners of the award include QB Baker Mayfield (Oklahoma) and WR Hunter Renfrow (Clemson).

Falk is eighth all-time in Div. 1 passing yards with 14,486 and holds a number of Wazzu and Pac-12 records.

In a corresponding move, the Roughriders announced the release of QB Justice Hansen.