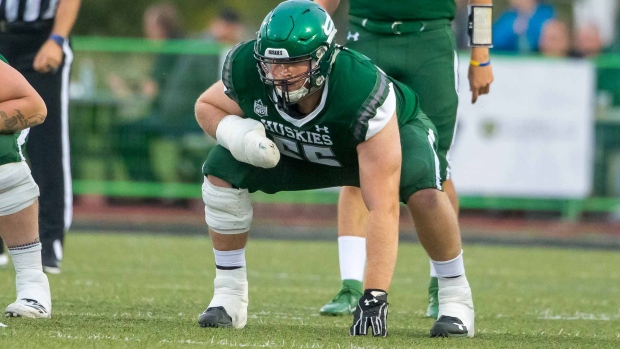 Riley, a six-foot-three, 300-pound native of Melfort, Sask., was selected seventh overall by the Riders at the 2020 CFL draft.

Riley, a two-time Canada West All-Star and a U Sports first-team all-Canadian, spent four seasons at the University of Saskatchewan, appearing in 31 games for the Huskies.

In 2019, Riley was part of the offensive line that helped running back Adam Machart pile up 1,610 yards and nine touchdowns on 195 carries.

McCray made 47 defensive tackles and three interceptions over 13 games in 2019 with the Riders in his first CFL season. He also suited up in Saskatchewan's loss to Winnipeg on the West final.