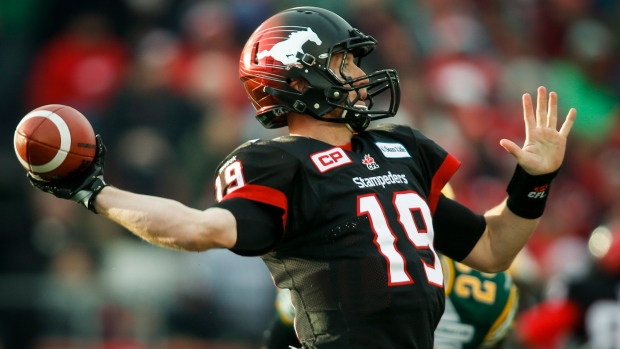 Offensively, the Calgary Stampeders prove that if you can run the ball, you will have success: first in points scored per game, second in offensive yards per game, first in rushing yards per game. Everything starts with their ability to run the football; they do a great job of staying in 2nd and short or 2nd and medium because they are so productive on 1st down.  The least sacked and least penalized team in the CFL stays on schedule and not in 2nd and long or extra situations.

They can improve in passing the football as they were seventh in passing yards per game, or maybe they don’t need to because they run the ball so well.

Defensively, the Stampeders may give up yards as they are the middle of the pack in a lot of those stat categories, but what they are great at is not giving up a lot of points. They bend but don’t break and were second best in the CFL, holding teams to only 19.3 points per game. Part of the reason for that success was their secondary that had 20 interceptions last season led by Jamar Wall with six.

The kicking game struggled last year from 40+ yards making only 7/15 for 47%. That is one of the reasons the cover units had to cover 12 misses for 500 yards, most in the CFL.