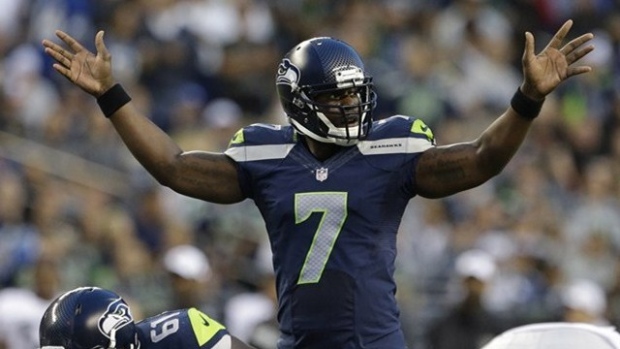 RENTON, Wash. - The Seattle Seahawks are bringing back their backup quarterback after agreeing to terms with veteran Tarvaris Jackson.

Details of Jackson's deal were not released by the team Tuesday. But it's an important signing for Seattle, which had just two quarterbacks on its roster: starter Russell Wilson and second-year free agent signing R.J. Archer. B.J. Daniels has been moved from quarterback to wide receiver.

Jackson will spend his fourth season with the Seahawks. He was Seattle's primary starter in 2011, going 7-7 in games he played. He then went to Buffalo before returning to Seattle as Wilson's backup the past two seasons.

Jackson was a free agent after last season.