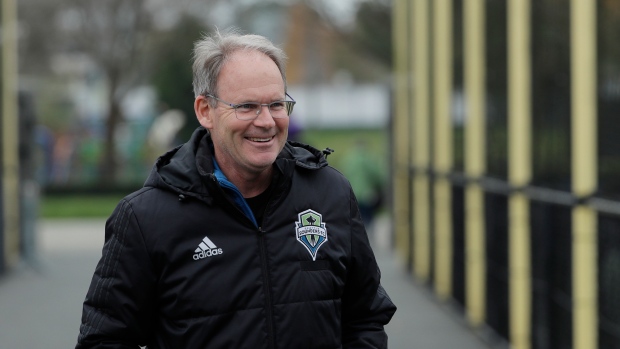 Schmetzer, 58, has led the team to four appearances in the MLS Cup finals and two titles since taking over the team in 2016. He has a 67-37-24 regular-season record with Seattle and is 15-4-2 in the post-season during his tenure.

“I’m very pleased to be able to continue my coaching career with the club that is so close to my heart,” Schmetzer wrote in an open letter to Seattle’s supporters Monday. “Seattle Sounders FC has excelled in its commitment to winning and the community. I take my stewardship of the club with great honour and privilege, as the connection with our fans is sacred and has been at the cornerstone of our franchise.”

Schmetzer has been in the Sounders' organization since 2002, starting as coach of the team's USL team and then serving as assistant coach under Sigi Schmid from 2009-16.

A Seattle native, Schmetzer played professionally for 15 seasons, including a stint with the Sounders when the team was part of the North American Soccer League.

“Brian Schmetzer and I have an almost 20-year history of working together. Although I never doubted Brian would be back in 2021 and beyond, I am grateful that he will continue to lead Sounders FC for years to come,” Sounders owner Adrian Hanauer said in a statement. “Brian cares deeply for our club and community, he has a deep understanding of our culture and traditions, and no one is better poised to build upon the organization’s recent success.”