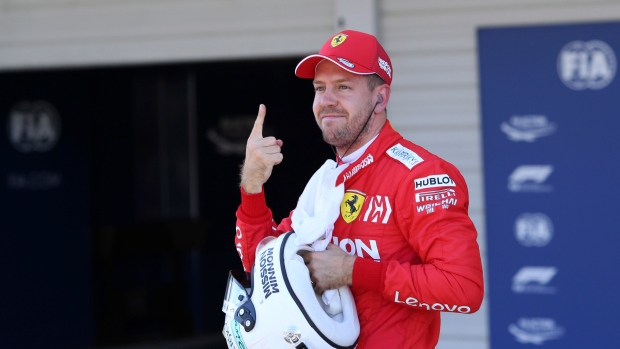 Sebastian Vettel said he was surprised when Ferrari team boss Mattia Binotto told him his contract with the team would not be renewed.

TSN is your home for the 2020 Formula 1 season with full coverage of the Austrian Grand Prix, including all three practice sessions, qualifying on Saturday, and the race Sunday at 9:05am et/6:05am pt. See the full broadcast schedule here.

It was reported as a mutual split at the time, but speaking ahead of the season-opening Austrian Grnd Prix, the four-time World Champion said he was never offered a contract from Ferrari.

“It was obviously a surprise to me when I got the call by Mattia when he told me that there was no further intention from the team to continue,” Vettel said.

“We never got into any discussions. There was never an offer on the table and therefore there was no sticking point.”

There was speculation Vettel could retire after the news Ferrari was moving on from him, but the 32-year-old also confirmed he's willing to continue racing with the right opportunity.

“I have a very competitive nature. I’ve achieved a lot in the sport and I’m motivated and willing to achieve more. To do so I think I need the right package, the right people around me.

"So that’s what I’m looking out for at the moment. If the right opportunity should arise then I think it is quite clear. If that’s not the case then I will probably have to look out for something else.”

There are few competitive spots remaining on the grid for the 2021 season. While Mercedes hasn't ruled out adding the German and potentially pairing him with six-time World Champion Lewis Hamilton, Mercedes driver Valtteri Bottas said earlier the team wasn't considering Vettel as his potential replacement.

Red Bull, the team Vettel won his four championships with, have also reportedly not given Vettel hope of a deal for next season.