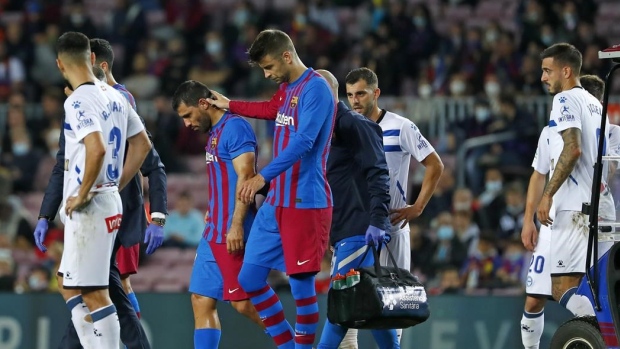 Sergio Aguero says he's staying positive about the future of his career.

Aguero addressed retirement rumours on Friday as the 33-year-old Barcelona and Argentina forward is sidelined for three months after experiencing chest pains during a match last month.

"Given the rumours, I can say that I am following the indications of the club's doctors, doing tests and treatment and seeing my progress within 90 days," Aguero wrote on Twitter. "Always positive."

Aguero, in his first season at Camp Nou after a trophy-filled decade with Manchester City, came off at the half of an Oct. 30 1-1 draw with Alaves when he complained of a pain in his chest. He was taken to hospital for further evaluation. It was only Aguero's fifth appearance for his new club, having been out of action with a calf injury for the first two months of the season.