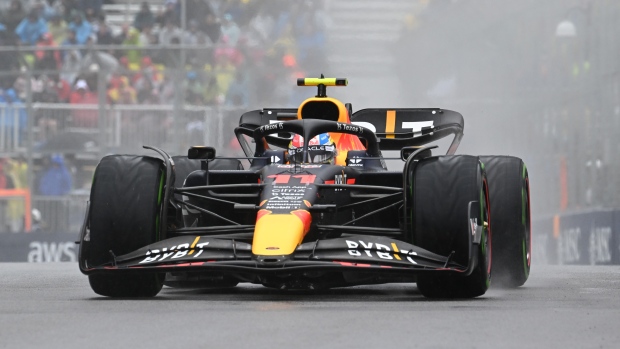 It was a tough weekend for Sergio Perez in Montreal.

After going into the wall in qualifying and starting the Canadian Grand Prix in 13th place, the Red Bull driver was forced to retire from Sunday's race due to a mechanical failure.

Perez slowed on the eighth lap and exited the car after coming to a stop on a run-off area.

It will be the second DNF of the season for the 32-year-old as he also exited the season-opening Bahrain Grand Prix early due to a fuel pump failure.

Meanwhile, Haas' Mick Schumacher was also forced to retire on the 20th lap after a mechanical failure.