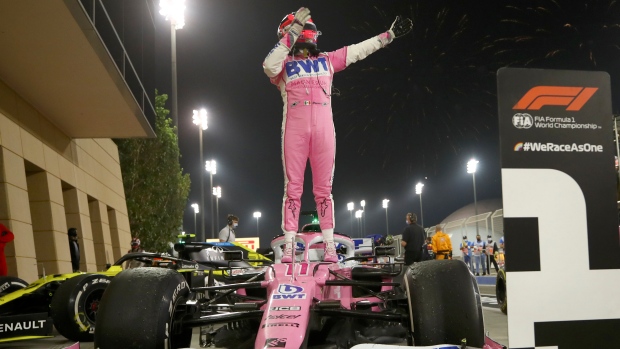 Sergio Perez has a race seat for 2021 after all.

Perez was at risk of losing an F1 seat despite a terrific year with Racing Point after the Lawrence Stroll-owned team announced four-time World Champion Sebastian Vettel would replace him after seven years with the team, dating back to its time as Force India.

Perez finished fourth in the drivers' standings in 2020 to earn one of the top seats in F1. Red Bull were second in the Constructors' Championship this past season behind only Mercedes, and two spots above Racing Point.

Albon, who was promoted to Red Bull from their sister team Toro Rosso, now AlphaTauri, midway through the 2019 season, struggled alongside Verstappen in 2020.

The 24-year-old finished seventh in the drivers' standings despite racing in what is generally considered the second fastest car on the grid.

With Friday's news, only one seat for the 2021 grid is left to be officially filled, but it is considered just a formality before seven-time World Champion Lewis Hamilton re-signs with Mercedes.