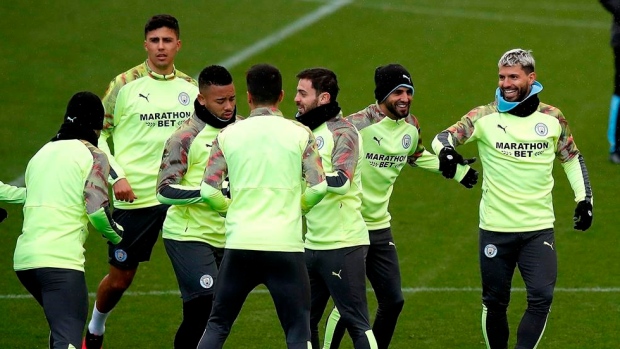 In fact, Guardiola doesn’t want his players entering Wednesday’s first leg against Madrid thinking this will be their last chance of winning the European title.

“No way. These players will have a lot of chances to win the Champions League,” the Spanish coach said Tuesday ahead of the round-of-16 game. “There is no special motivation, even if it’s the last one. It doesn’t have to be extra motivation. The desire to win has to be there. Without that it’s impossible. But more than that, it’s another game. That’s all.”

UEFA recently handed Man City a ban from European competitions for the next two seasons after a panel found that it had seriously breached financial regulations and failed to co-operate with investigators. The club is expected to file an appeal at the Court of Arbitration for Sport, but if the punishment stands, City won’t be back in Europe until the 2022-23 season.

Madrid captain Sergio Ramos said earlier Tuesday that he expects the punishment to give the English team a greater sense of urgency ahead of the match at the Santiago Bernabéu Stadium.

“When you see that this could be your last Champions League in the next few years, maybe that gives you extra motivation,” Ramos said. “Fortunately we don’t have to go through that, and hopefully it will never happen to us. The Champions League is a special competition because of what it generates, because of its magnitude worldwide, so it is the focus for all great soccer players. It is a great place for them to shine.”

Guardiola again said he has “trust” in Man City's directors and that he was shown enough evidence to make him believe the club is innocent.

Man Cityis trying to win its first Champions League title, while Madrid has a record 13.

Madrid coach Zinedine Zidane said the ban should neither add motivation nor pressure to Man City. He said his team should stay focused on its own responsibilities.

“We know we will be playing against a team that has already shown how good it is,” Zidane said. “What we have to do is to play a good game. In the end, it’s all about that. It’s about giving everything we’ve got on the field. We have to think only about what we have been doing well recently.”

The results haven’t been good for Madrid, though, coming off a draw and a loss that dropped the team behind Barcelona at the top of Spanish league. The Spanish powerhouses will meet in the “clásico” in Madrid on Sunday.

“We need to try to forget about our last results,” Ramos said. “It doesn't matter what we've done recently or what City has done recently. Sometimes you haven't been playing well but when you get to the Champions League you have a great match. That's what we want to do. We are motivated despite the recent bad results.”

Man City has won two in a row in the Premier League.

Zidane again said he thinks Guardiola is the best coach in the world, but noted that it will be Madrid against City on Wednesday, not Zidane against Guardiola.

“What fans will come to see is a soccer match,” he said. “They want to see a great match between Madrid and City. It's an attractive game. Players want to be playing these types of games.”

Guardiola returned the praise from Zidane.

“What Zidane has done in Europe (winning three Champions League titles in a row), I don't think will ever happen again,” Guardiola said.