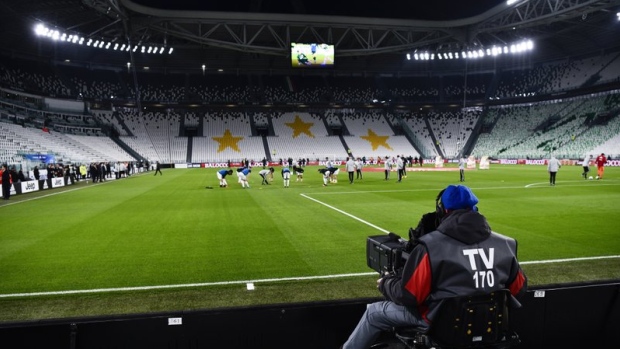 ROME — The Serie A is suspended until June 14 unless the Italian government gives it the green light to resume a day earlier as planned.

The league announced last week that its 20 teams agreed to resume competition on June 13 in empty stadiums.

However, the Italian soccer federation announced on Monday, a day after a government decree banning sports until June 14, that it was complying.

The FIGC announced that “pending any further and desirable decision by the competent authority” its competitions will remain suspended until that date.

Serie A has been off since March 9, when the government ordered a nationwide lockdown.

There are 12 rounds remaining in Serie A, plus four matches that were postponed in the 25th round. Also, the Italian Cup is in the semifinal stage.

Italian clubs resumed training on an individual basis on May 4 when lockdown measures in the country started to ease. They were slated to return to training together on Monday but they have not been given the green light to do so by the Italian government’s science panel.

The medical protocol for the resumption of Serie A has proved contentious but a revised document was delivered to Sports Minister Vincenzo Spadafora on Sunday and the science panel is expected to give its verdict this week.