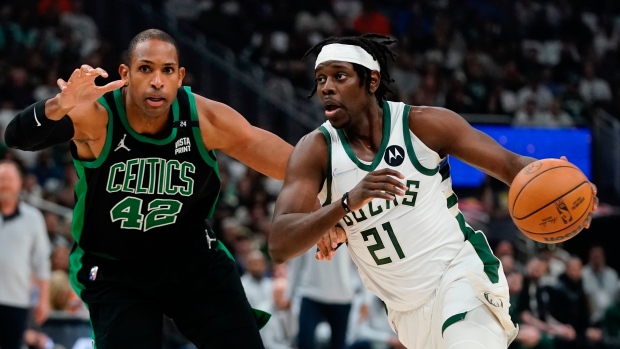 Another two elimination games are on the slate for Friday night.

Both these series had shocking results in Game 5 – a 14-point fourth-quarter comeback for Milwaukee and a 39-point thrashing by Memphis.

Here’s what to expect heading into tonight:

A 6-for-6 performance from three in Game 5 by Milwaukee was the difference in both the result and game total.

A 16-for-19 fourth-quarter performance from the field was required from Boston to come back and win Game 4.

Had the Bucks and Celtics not exploded in the fourth and shot their season-average efficiency, both Game 4 and 5 would’ve stayed under the game totals.

Boston wrapped up the regular season with the association’s No. 1 defensive rating. Their versatility was on display last round smothering the Brooklyn Nets in a way no other team has done all year.

Milwaukee only ranked 14th in defensive rating during the regular season but has catapulted to first during the playoffs.

A lot of credit goes to Brook Lopez.

The big man missed 59 games during the regular season but has returned for the playoffs averaging 27 minutes a night.

On top of being a paint deterrent, Milwaukee operates at a slower pace with him on the floor.

If we learned anything from last night’s two elimination games, everything slows down when seasons are on the line.

1) Possessions have been lopsided in this series

Game 5 was such an aberration, it’s fair to eliminate the data from Wednesday when evaluating this series.

In that 39-point beatdown, Memphis netted 12 more offensive rebounds than Golden State. The Warriors turned the ball over 13 more times than the Grizz.

No matter how elite your shooting is, giving the opponent 25 extra shots is like a college team playing against a bunch of high schoolers. Essentially impossible.

In the previous four games, Memphis never lost the possession battle once.

They averaged 4.5 less turnovers per game and were +2 in offensive rebounds prior to Wednesday.

Game 5 got out of hand, but Steven Adams’ return should not be overlooked. He’s averaged 14 rebounds over the last two games after returning for six minutes in Game 3.

He also led the NBA with 4.6 offensive rebounds during the regular season.

The Kiwi was made a non-factor in the series versus Minnesota but against Golden State, his paint presence has exposed the Warriors’ lack of size.

Without Ja Morant, Memphis is clearly the lesser skilled team, but if they keep getting second-chance opportunities and points off turnovers, I envision them keeping this game tight.