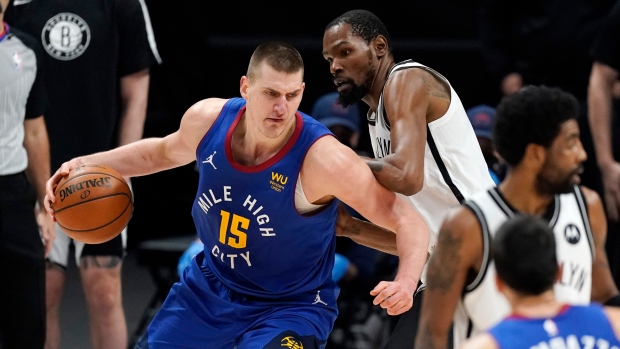 Even though this NBA season was filled with numerous once-in-a-lifetime circumstances, some key lessons can still be extracted to better our chances for the 2021-22 fantasy basketball season.

Here are three observations worth thinking about:

Factor in the age to injury correlation

I’m not making any scientific breakthroughs telling you older veterans are more susceptible to injuries than rookies. But in a year of COVID-19 with a compressed schedule, DNPs factored more into the results of fantasy than any season prior.

Kyle Lowry (35) was having a top-50 season but only played enough games to finish 90th overall.

Next season’s schedule will likely be more forgiving, but the data paints an obvious picture.

It’s easy to blame injuries when things don’t go well, but having age factored into your projections needs to carry more weight. The old vets missed 80 per cent more games than those under 25.

Draft points early or fugget about it

Of these 20 players, 15 of them were drafted in the first two rounds. The other five? Kyrie Irving, Donovan Mitchell, Zion Williamson, Zach LaVine and De’Aaron Fox.

No player was drafted after the fourth round.

With scoring up league wide, points are the most top-heavy category of the bunch. It’s very hard to claw back in this category using waiver adds or streamers.

If you end up drafting fantasy studs like Bam Adebayo or Chris Paul in the early rounds next season, be ready to change your strategy mid-draft to avoid points.

You might be able to nail some mid-round scoring options like Collin Sexton or Jerami Grant, but landing those marquee draft picks is tough to plan for. You’ll likely find more value the rest of the way targeting players who specialize in defensive stats, efficiency etc.

Be aggressive at the NBA trade deadline

As annoying as it is for basketball fans, more and more NBA teams are blatantly tanking, which creates opportunity for fantasy managers.

After the trade deadline on March 25, a few fringe fantasy contributors went from streamers to league-winners.

Two seasons ago, Mitchell Robinson put himself on the map after the Knicks traded away Kristaps Porzingis. Last year, Christian Wood finished top 30 after Andre Drummond was shipped to Cleveland.

This season, Kelly Olynyk was the trade deadline winner. He ended up on a Rockets team racing for the bottom and rewarded managers with a top-15 finish to the fantasy season.

At the beginning of the 2020-21, it was impossible to predict Houston finishing dead last when James Harden was still on the team, but having the foresight to roster high upside players at the deadline is the difference between good and great managers.

When next season’s trade deadline comes, be aggressive. If you roster a dud, who cares? Send them back to the wire. All you need is that one stud to swing your fantasy fortunes.