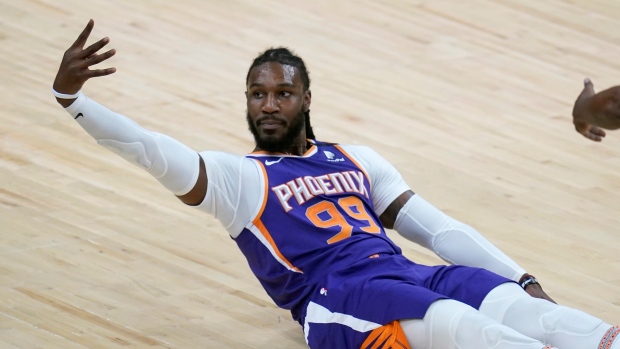 We are in do-or-die season.

Whether you’re already in a playoff matchup or wrapping up the final week of the regular season, be prepared to make some tough decisions.

Is it better to roster a top-25 player who’s not guaranteed to play versus a top-100 streamer with four games? The answer depends on how you shape up against your opponent and how badly you need the win.

When it comes to general tactics over the elimination weeks, here are three factors to consider:

Whether you’re the first seed playing the eighth or a fringe team clawing for a final playoff berth, understanding how your roster stacks up against your opponent’s is imperative. This is zig-when-they-zag territory.

While there are unicorn players like Nikola Jokic with his passing or Russell Westbrook with his rebounding, most fantasy teams usually favour either guard stats or big-man stats. Attack your opponent’s weaknesses if you can.

PG: Cole Anthony, ORL – The rookie has three remaining games this week and should continue to see his minutes increase after returning from a shoulder strain. He’ll be an asset in assists, free-throw percentage, and threes as the Magic favour tanking and player development over winning.

PG: Reggie Jackson, LAC – Patrick Beverley is back on the IL, so Jackson is back in the Clippers’ starting five. He’s been playing better of late and is locked in for 28 minutes a night. He’ll contribute to threes and assists while providing net positive impact on your percentages and turnovers.

C: Nerlens Noel, NYK – His rostered percentage continues to float around 20 per cent in ESPN leagues and you should take advantage. Over his past three games, he’s accumulated 16 steals and blocks. He won’t help you score but he’s an asset in blocks, steals, rebounds, field-goal percentage and turnovers.

C: Goga Bitadze, IND – Myles Turner is already ruled out for tonight’s game and he’s yet to return to practice since spraining his left ankle. In deeper leagues, Bitadze can be rostered as a blocks specialist if that’s a category you can flip against your opponent. He’s logged 11 swats over his last four games.

A common mistake in fantasy basketball, having too many players with games on the same day can be wasteful. Here’s how the NBA schedule shapes up for the remainder of the week:

Evaluate your roster and make sure you’re not overloaded on games for Wednesday and Friday. If you have streamers sitting on your bench, consider a comparable player with games scheduled for Thursday and Saturday instead.

SF, PF: Jae Crowder, PHO – Though his scoring can be inconsistent, he’s steadily averaged 28 minutes a game this season. Over the past two weeks he’s been a top-100 player, dropping 3.0 threes and just under a steal and block per game. Phoenix has games on Tuesday, Thursday and Saturday.

PF, C: Bobby Portis, MIL – Giannis Antetokounmpo has missed five games in a row with knee and ankle-related soreness. The Bucks haven’t provided much detail regarding his status, so it’s worth monitoring. Portis has averaged 15.4 points, 11.2 rebounds and 1.4 three-pointers during this stretch and should continue providing across the board production with games on Thursday and Saturday.

3. Get ahead of injuries

Scooping up injury replacements in a timely manner is critical at this point in the season. Malachi Flynn went from unrosterable in all leagues to a top-five streaming option over the past seven days. Getting ahead of news could be the difference between 5-4 versus 4-5 in your matchup this week.

PG: Facundo Campazzo, DEN – Jamal Murray suffered a torn ACL in his left knee last night and will be out for the rest of the season. He had previously missed four games with right knee soreness and during that time, Campazzo slid into the starting five for three of those games. Moving forward, the Argentine will be a steals specialist providing some value in threes, assists and free-throw percentage.

SG: Bruce Brown, BKN – With James Harden out and Kyrie Irving possibly missing additional games this week, Brown should be looked at as a short-term defensive specialist. Like many streamers, he’s a minus in scoring production but can fill it up in the steals department, provides a steady dose of rebounds and rarely hurts you in percentages and turnovers.