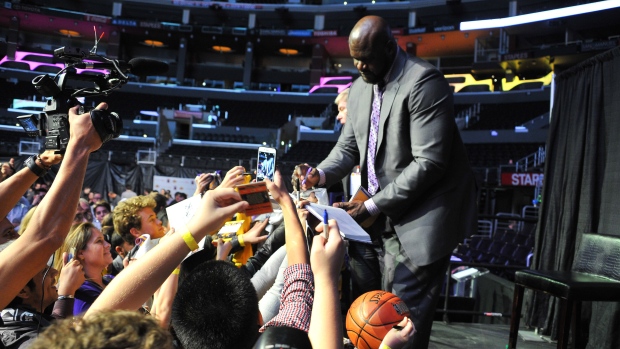 Two giant names in the world of traditional sports are getting into esports.

The two are joined by Chicago White Sox shortstop Jimmy Rollins in the latest round of investments.

“We think they will help legitimize the space,” NRG chairman Andy Miller told the Daily Dot Thursday. “They all come from the traditional sports world. They were all unbelievably young when they became professionals, like our guys.”

Miller, who co-owns the NBA’s Sacramento Kings along with O’Neal, said the three stars approached NRG directly about getting involved.

“[Shaq] has been circling the space,” Miller said. “He’s the world’s biggest kid and he’ll bring an epic amount of fun and energy - no pun intended - to our teams and to the space in general.”

NRG Esports is an infant in the competitive-gaming world and has teams competing in both League of Legends and Counter-Strike: Global Offensive.

The League of Legends squad sits in a tie for fifth with two matches remaining in the North American League Championship Series Spring Split. They can clinch a playoff spot with a win in one of their final games.

The CS:GO team is also fifth in the ESL Pro League.

A partnership means more familiar faces from traditional sports getting into esports, but Miller says it also means guidance for young athletes.

“Alex was one of the youngest pros ever, he’s got a really good perspective. He’s great because he did it at the same age that [League of Legends player Galen "Moon" Holgate] is doing it now, and probably went through the same things.”