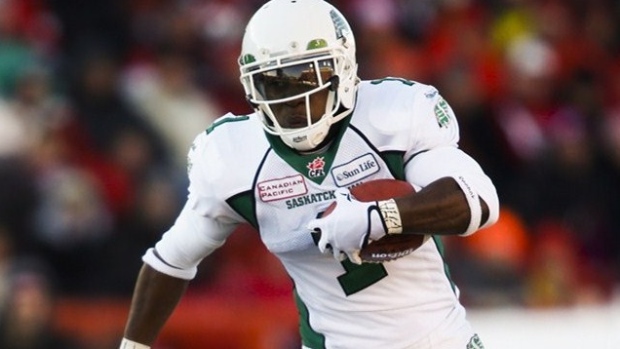 It appears former Saskatchewan Roughriders running back Kory Sheets has worked out for the Ottawa Redblacks.

"Thanks for the work @cflredblacks"

Sheets played for the Roughriders in 2012 and 2013, helping the team win the Grey Cup in 2013. The Purdue product was named Grey Cup MVP and a league All-Star that year.

Sheets signed with the Oakland Raiders after that season but was hurt in training camp, missing the entire 2014 season with a knee injury.