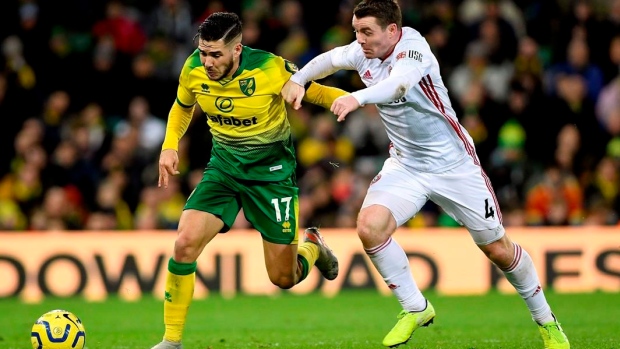 NORWICH, England — Sheffield United came from behind to seal a 2-1 win over struggling Norwich at Carrow Road in the Premier League on Sunday.

The Blades bounced back from their first defeat in eight matches against Newcastle on Thursday with a determined and solid performance against a Norwich side who have not won at home since September.

Sheffield United is eighth in the league with 22 points from 16 games. Norwich is 19th with only 11 points.

The Canaries took the lead through Alexander Tettey inside the opening half hour after starting the match brightly.

However in the second half, it was Sheffield United who dominated. Enda Stevens' header drew his side level with George Baldock firing home just three minutes later to put the side ahead.

The game was not without its VAR disputes, with a red card for Chris Basham overruled and a lengthy delay over whether to award Sheffield United a goal, with both sets of fans expressing their displeasure at the new technology.