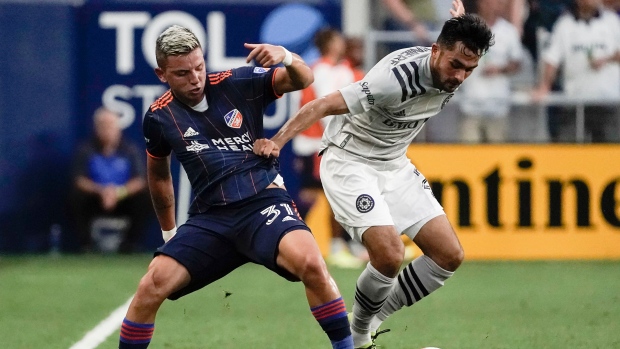 CINCINNATI (AP) — Sebastian Breza made three saves for his first MLS shutout and Montreal finished a man down in a 0-0 tie with FC Cincinnati on Wednesday night.

Rudy Comacho was shown a yellow card in the 68th minute and then another in the 74th and Montreal (7-7-6) played with 10 men the rest of the way.

"When you go on the road and you are down to 10 men and you get a result, I think it’s always a success," said midfielder Djordje Mihailovic.

"It was a pretty even game until the second yellow which changed the game. A draw tonight is good given the circumstances.”

Montreal's head coach Wilfried Nancy said an issue with a plane delayed the club's arrival in Cincinnati and it had been a trying day.

“There was a lack of energy and freshness up front but it was to be expected," he said. "We wanted to control play, and our decision making in the final third wasn’t perfect. We had our chances but we didn’t shoot enough.”

Breza made his third consecutive start with James Pantemis out because of COVID-19 protocols. Clement Diop, who became the team's starting goalkeeper in 2020 and started eight of its first nine games this season, and the club parted ways Tuesday.

Cincinnati (3-7-8) has just one win in its last eight games.

Montreal will be in Philadelphia on Saturday to face the Union.