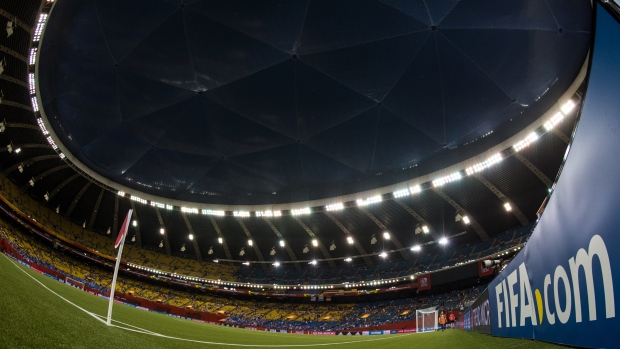 Six Canadian cities are among the 41 North American cities to submit bids to serve as hosts during the 2026 FIFA World Cup. Edmonton, Montreal, Ottawa, Regina, Toronto and Vancouver are among 32 American and three Mexican cities on the proposed list.

“The host cities that are selected from the list announced today will define the United Bid,” Canada Soccer General Secretary Peter Montopoli said in a release.

“We are pleased that six Canadian cities have completed the Request for Information and we look forward to working closely with these potential host cities in the next steps of preparing a world class bid to secure the 2026 FIFA World Cup for the United Bid of Canada, Mexico and the United States.”

The United Bid Committee will now review all of the bids and release a short list later in the fall.

All stadiums are required to have at least 40,000 seats for group stage games and at least 80,000 to host either the opening match or the final.

The stadiums that are used in the bid by each Canadian city are: Commonwealth Stadium (Edmonton),  Olympic Stadium (Montreal), TD Place Stadium (Ottawa),  Mosiac Stadium (Regina),  BMO Field (Toronto) and BC Place (Vancouver).