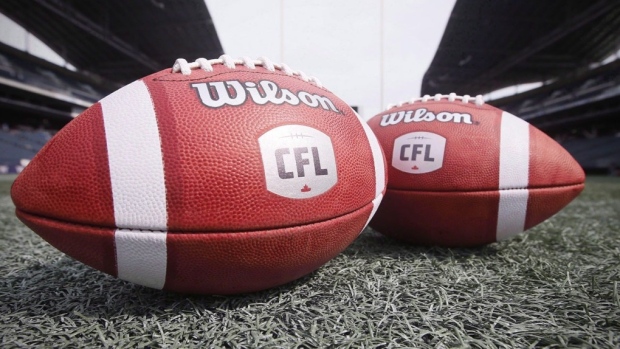 It’s been more than a month since the Canadian Football League pulled the plug on its season, with a deafening silence in its wake.

While the National Football League and most of the top NCAA football schools are back on the gridiron, the CFL has put away its pads and helmets after a prolonged – and much debated – effort to play.

So where does the CFL go from here? Here are six key questions that will require answers, some sooner than later, before we can begin to project what a 2021 season might look like.

Some are more critical than others, but all of them matter.

1. How committed are the league and its nine teams to playing in 2021 under whatever circumstances are necessary?

There’s been much debate and speculation about how many teams were truly committed to making the 2020 season happen. Sure all nine teams wanted to play. The differences were in what circumstances they were willing to support that decision.

It’s essential that the league get all nine teams committed to playing, no matter where the decision-making tree may lead between now and next spring. That may require making sure the risks and losses are shared more equally around the table, so that some teams don't have substantially more to lose or gain by whatever decisions the league makes.

Whether the league returns to the table with the government, can have some fans in the stands or needs to fall back on some version of a hub model, there should be no doubt there will be CFL football in 2021.

2. Will the league be able to put fans in the stands by next June?

It's an impossible question to answer, given that no one knows in what state the virus will be next spring.

Governments across Canada have taken a hard line when it comes to limits on gatherings – both indoors and outdoors – making no exceptions.

Would that change by next spring without an effective vaccine or technology that would allow fans to be tested before they enter a stadium?

There are college and NFL teams playing before partial crowds right now in the U.S., which will provide some evidence on how safe such a thing is.

Without being allowed at least some fans in the stands in 2021, moving  season tickets, which represent the primary revenue streams for teams during the off-season, is going to be a challenge.

3. Can the CFL and CFLPA reach agreement on changes to the final year of the collective agreement, which isn’t due to expire until May of 2022?

The CFL has made it clear that the final year of its collective agreement with its players needs to be renegotiated to reflect the realities of the pandemic economy, with the league on a different kind of financial footing than it was when the deal was struck in 2019.

The players are within their legal right to insist the owners must honour the CBA they negotiated in good faith two years ago. But with that stance, the owners could simply just opt not to play.

All this comes on the heels of several months that demonstrated the lack of trust and occasional animosity many players feel towards the league’s leadership. It's time to move past that because this is no time to settle scores.

The CFL and its players have to work together and align their interests in seeing the league through the current crisis, while understanding  that doing so is going to mean both sides absorbing their share of pain.

4. What’s the salary cap going to be?

It’s sure to be the most contentious issue with the players, coming off a year in which none of them got paid beyond last winter’s off-season bonuses.

The CFL salary cap is slated to be $5.35 million per team in 2021, but there is little doubt the clubs will want that reduced. Coaches and front office staff of both teams and the league have taken 20 per cent haircuts across the board, so it stands the league will come at the players with a similar request.

What would the players do if delivered a take-it-or-leave-it proposal of a 20 per cent reduction in salaries? How many current players might that force out of the game? Tough questions for the players – individually and collectively – to ponder.

5. How will teams manage the off-season football operations?

The process of evaluating and signing players, both within the league and with regard to incoming players, is going to have a few curveballs this off-season.

With no CFL or U-Sports football being played, the only recent film study will be among draft prospects at U.S. colleges.

CFL free agency, which usually involves a flurry of signings in mid-February, could be even busier this year with so few players having negotiated extensions over the past six months.

Will teams be willing to pay signing bonuses, after flushing roughly $1 million in signing bonuses a year ago without a season? Will contracts have to include clauses that make amounts subject to changes in the salary cap?

It’s unclear whether teams would be able to stage free agent camps in the U.S. at some point  And the annual CFL combine for incoming Canadians could be cancelled, just as it was at the start of the pandemic.

Team building in the CFL will be a learning experience for everyone.

6. Is the league still committed to its embrace of international players?

CFL staff spent the months before the pandemic travelling the globe to identify the best international players to fill 36 roster spots for the 2020 season – 18 on active rosters and 18 on practice rosters.

A global combine scheduled for March was cancelled, and its players were left in limbo with everyone else.

Globalizing the CFL’s player ranks has been a key component of commissioner Randy Ambrosie’s long-term strategy to grow the league’s business. But there are costs (estimated to be approaching $2 million for 2021) and logistics associated with this vision that add one more level of complexity during a time when the league is in survival mode.

Expect this to be a discussion.