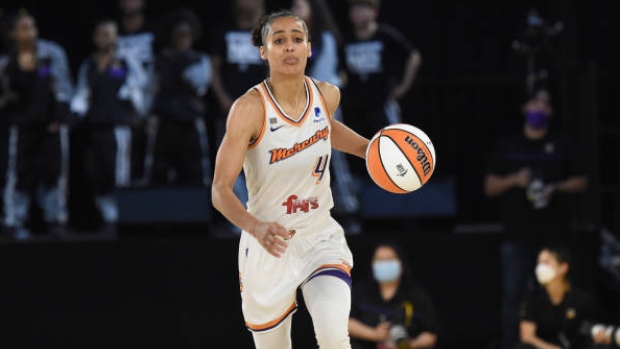 Brittney Griner added 14 points and eight rebounds to help Phoenix (6-7) avenge an 85-80 loss to the Sparks on Wednesday. The Mercury next play on June 27 against Minnesota.

Diggins-Smith scored 14 points in the first half and Griner added nine to help Phoenix build a 44-36 lead.

It was played at the Los Angeles Convention Center due to a NBA playoff game at Staples Center.