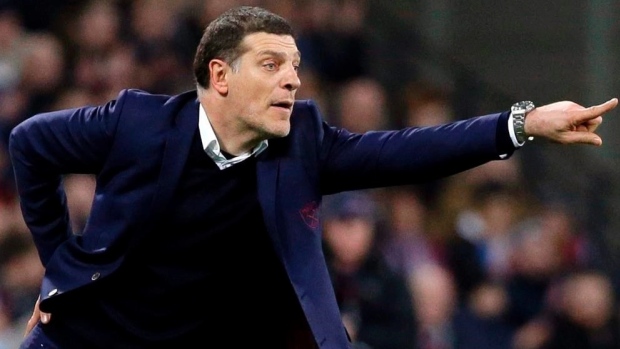 LONDON — West Bromwich Albion manager Slaven Bilic was fined 8,000 pounds ($10,100) on Wednesday for arguing with the referee at halftime about the sending-off of one of his players during a Premier League game against Everton.

Bilic was sent off for remonstrating with match official Mike Dean on the field of play after Kieran Gibbs was shown a red card for shoving Everton playmaker James Rodriguez in the face moments before halftime of the match at Goodison Park.