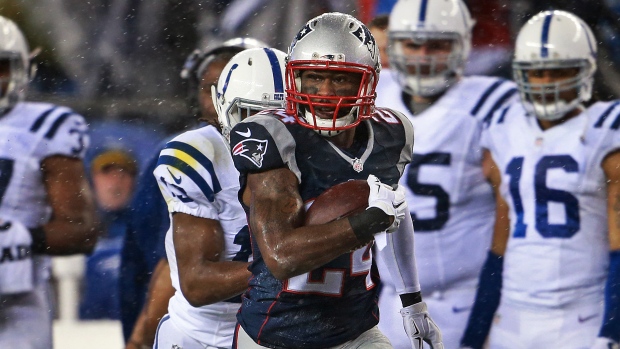 The NFL is fining the team $100,000 for tampering because of the owner's comments in December about Darrelle Revis, then a member of the New England Patriots, according to a person familiar with the situation.

The Jets will not lose any draft picks as a result of the fine, according to the person who spoke to The Associated Press on condition of anonymity Tuesday because neither the team nor the league announced the sanctions. The New York Daily News was the first to report the NFL's decision.

The Patriots filed a tampering charge against the Jets after Johnson said he'd "love to have Darrelle back" when asked if there could be a possible reunion during the off-season. Revis, who spent his first six seasons with New York, helped the Patriots win the Super Bowl in February. The star cornerback re-signed with the Jets as a free agent a month later.

After Revis returned to the Jets on a five-year, $70 million contract, Patriots owner Robert Kraft commented that he wished the cornerback "was still with us." New York then filed a tampering charge against New England — since Revis was then a member of the Jets — but the Patriots will not face any punishment from the league, according to the person with knowledge of the situation.

"I really don't have any comment on it," Revis said before voluntary minicamp practice. "I know my name was involved in the tampering situations, but it's not in my control."

"It was awesome," Revis said. "I got to take a lot of pictures, got to see the president. Cool guy. It was a great experience."

Revis didn't feel at all awkward being with the Patriots for one final time despite being a member of the AFC East-rival Jets.

"No, it wasn't weird," he said. "I knew a lot of those guys even before I went to New England. We have a special bond, and it's something we'll never forget as a team."