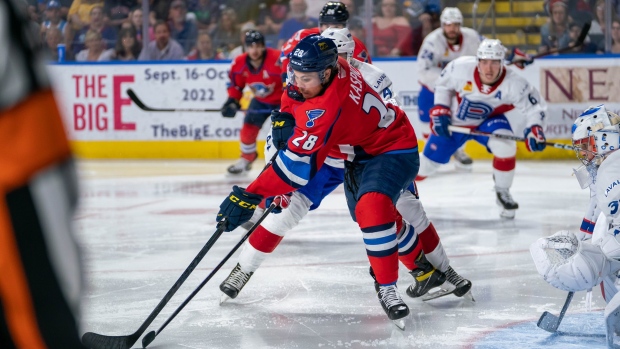 SPRINGFIELD, Mass. — The Laval Rocket were three minutes away from winning Game 1 of their AHL Eastern Conference final when the host Springfield Thunderbirds spoiled the victory party.

Trailing 1-0 in the third period, the Thunderbirds' Brady Lyle scored at 17:04 to tie the game, and teammate Matthew Peca scored at 9:32 of overtime to win it.

Danick Martel gave the Rocket the lead with a second-period goal at 15:11.

Game 2 in the best-of-seven series is Sunday in Springfield.

The Chicago Wolves hold a 1-0 lead in the Western Conference final with the Stockton Heat. Game 2 in that series is Monday.

This report by The Canadian Press was first published June 4, 2022