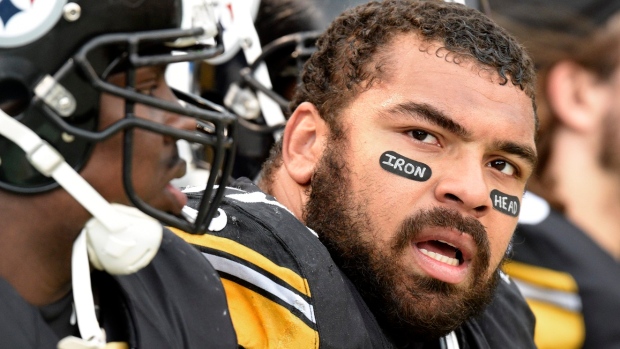 PITTSBURGH, Pa. - Cam Heyward is done fighting with the NFL over writing his father's nickname on his eye black.

The Pittsburgh Steelers defensive end released a statement late Tuesday that he met with NFL officials after the league fined him for writing "Iron Head" on his eye black in consecutive weeks. Craig "Iron Head" Heyward played 11 seasons in the NFL as a running back for several teams. He died from cancer in 2006.

Cam Heyward says he was simply trying to pay tribute to his father and others affected by cancer. He writes that he had a "respectful" exchange with the league and doesn't want to be a distraction to his team.

Heyward will wear plain eye black going forward and has started an initiative with EyeBlack.com to help provide money for cancer research.