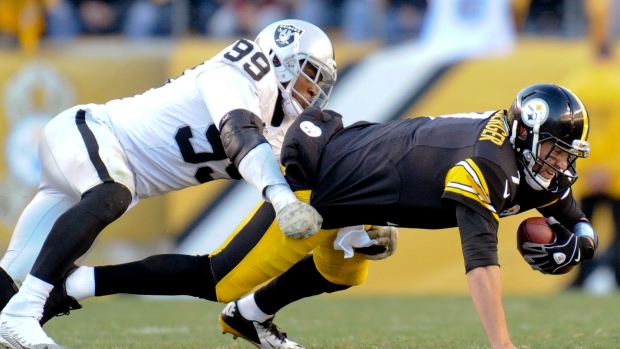 Coach Mike Tomlin said Tuesday the team would leave the door "slightly ajar" for Roethlisberger, who injured his left foot in the fourth quarter of a 38-35 victory over Oakland last weekend.

Tomlin said the Steelers will prepare as if Landry Jones will start in Roethlisberger's place. Jones completed 4 of 6 passes in relief of Roethlisberger against the Raiders, leading the Steelers (5-4) on a late drive that set up Chris Boswell's game-winning field goal.

Roethlisberger missed four games earlier in the season with a sprained left knee. It doesn't appear he will be out an extended amount of time if he does sit out Sunday's game.