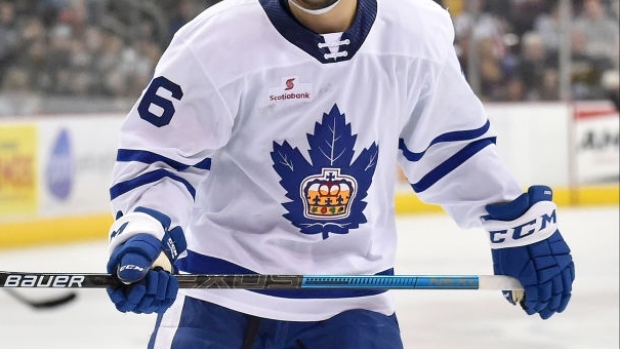 CLEVELAND — Stefan Matteau scored 3:01 into overtime as the Cleveland Monsters rallied past the Toronto Marlies 5-4 on Saturday afternoon in American Hockey League action.

Kole Sherwood struck twice and Trey Fix-Wolansky added a goal as Cleveland (20-20-4) came back from a 3-1 deficit late in the first period. Derek Barach also scored.

Veini Vehvilainen stopped 7-of-10 shots in 15:25 of work before getting pulled in favour of Matiss Kivlenieks, who turned aside 29-of-30 shots in relief.

Joseph Woll made 19 saves for the Marlies, the AHL affiliate of the Toronto Maple Leafs.

The Monsters were 1 for 4 on the power play and the Marlies could not score on five man advantages.

This report by The Canadian Press was first published Jan. 25, 2020.