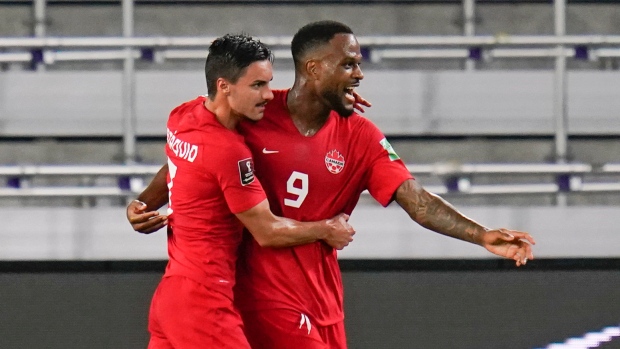 Eustaquio, 25, was in his third season at Pacos. The deal comes with an option to buy.

"I know it's a very big challenge, but here I am ready to work to achieve results," Eustaquio told the team's website.

A native of Leamington, Ont., Eustaquio moved to Portugal as a child and made his professional debut for Nazarenos in 2013. After spells with Torreense, Leixões and Chaves, Eustaquio made the move to Liga MX with Cruz Azul in 2018, but spent the majority of his stint in Mexico sidelined with injury. Loaned to Pacos in 2019, his move was made permanent last January.

This season, Eustaquio made 17 league appearances for Pacos.

Internationally, Eustaquio has emerged as a key member of John Herdman's Canada squad, having been capped 18 times, including 17 times in 2021.

He is expected to miss Canada's upcoming World Cup qualifiers against Honduras, United States and El Salvador after testing positive for COVID-19, but has been named to the squad.

Porto currently sits atop the Primeira Liga table on 53 points, six up on Sporting.