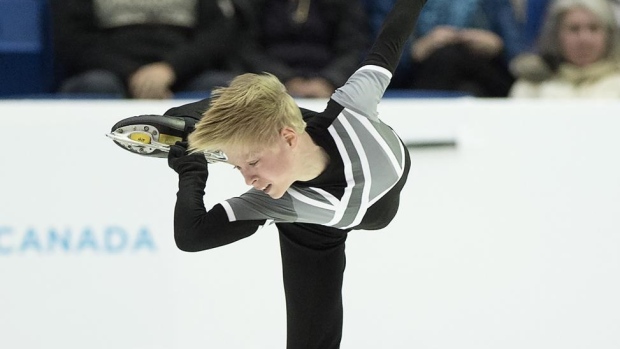 OTTAWA — Stephen Gogolev, a national silver medallist, was forced to withdraw from the Canadian figure skating championships after testing positive for COVID-19.

The 17-year-old from Toronto trains in the U.S. and while he produced a negative test before travelling to Ottawa for the Olympic trials, he was selected for a random PCR test upon arrival, and tested positive.

Gogolev is one of Canada's top young skaters, winning silver at the 2019 Canadian championships when he was just 14. He won the junior Grand Prix Final that same year.

The national championships determine the team for the Beijing Olympics. Canada, has two Olympic berths in men's singles.

The men's short program was Friday, and the free program is Saturday. The team will be named Sunday.