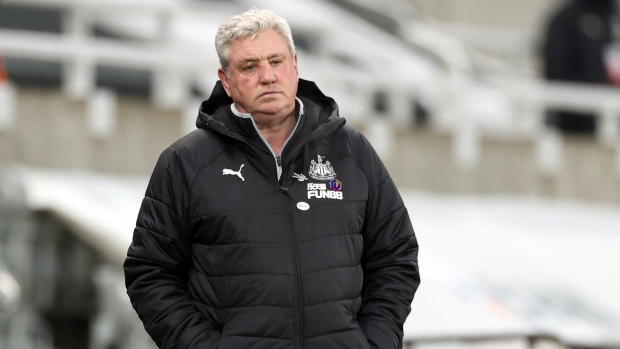 Though the road was a bumpy one at times, Newcastle has earned safety and will remain in the Premier League for a fifth consecutive year next season.

As such, Steve Bruce believes he will also remain Magpies boss for the 2021-2022 campaign.

"I have a contract, so until I hear otherwise we'll crack on," Bruce said ahead of Friday's match with champions Manchester City. "I'm a football manager, I'm not ready to retire yet. You have to dust yourself down and have a thick skin. I'll crack on to the best of my ability. I've had to scrap and fight all my life. As player and manager, nothing has come easy for me. I have to work hard and dig deep and get my rewards."

A three-time Premier League winner with Manchester United as a player, Bruce is in his second season at Toon after a lengthy managerial career that has seen stints at the likes of Hull City, Crystal Palace and Newcastle's archrivals Sunderland. He says that work for next season has already started.

"We're doing pre-season preparations now," Bruce said. "We've already had transfer conversations. The big conversations are still to be had."

The 60-year-old Bruce credits Toon owner Mike Ashley for sticking behind him when things were rough this season.

"When you're up against it is when you need support," Bruce said. "The message was clear: 'We're 100 per cent behind you.' You have to put your chest out and look for a response. The people that responded were the players, there were questions about character. It was the low point. That's where you dig deep, use your experience, we've worked tirelessly to turn the situation around."

Sitting on 39 points with three matches remaining, Newcastle can still better last season's total of 44 points. After City on Friday, the Magpies take on a pair of relegated teams - first Sheffield United at home and then away to Fulham on the season's final day on May 23.