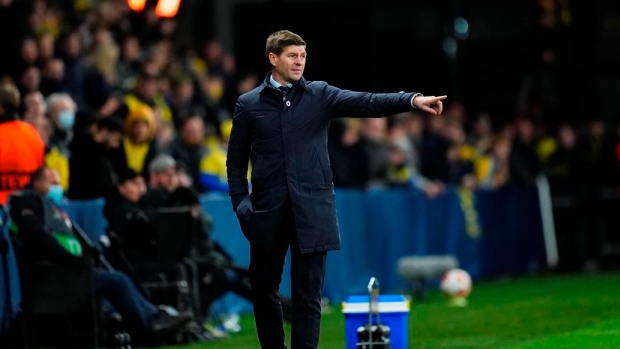 Days before he takes charge of the team for his first Premier League match as manager, the Liverpool icon rejected the idea that he's using the job as a springboard to Anfield.

"I'm all-in and I will give this job everything that it needs for it to be a success," Gerrard said ahead of Saturday's match with Brighton. "I'll be 100 per-cent committed and so will my staff. [It's] very unfair and you'll never hear me saying it's a stepping stone. For me, I'm really honoured and proud to be in this position."

The 41-year-old Gerrard, who spent 17 seasons with Liverpool, left Scottish champions Rangers to take charge at Villa Park last week following the sacking of Dean Smith. Villa currently sits 16th in the table on 10 points, only two points clear of Burnley in the drop zone.

Gerrard says the underlying numbers suggest that Villa is a better team than results have indicated.

"The stats don't lie," Gerrard said. "I think at the moment Aston Villa are the eighth top scorers in the league, which shows you that we have very talented players in the forward areas. The creation has been okay, but it can still be fine-tuned and be better. But, at the moment, the club is conceding too many goals so it is quite clear that we need to tighten up, be more organized and harder to play against. When we do, I believe we will move up the league."