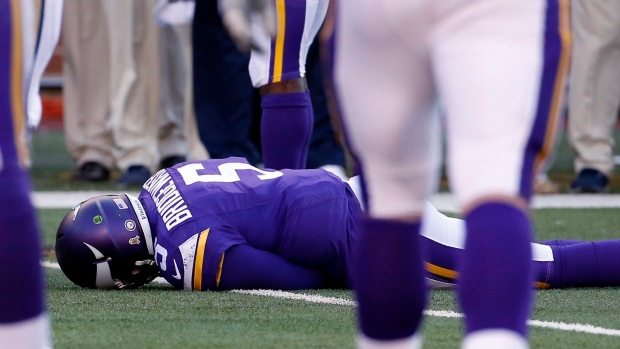 The author of a new medical study on brain injuries in retired National Football League players says science may be a step closer to diagnosing chronic traumatic encephalopathy (CTE) in living patients.

In a study to be presented Monday in Vancouver to the American Academy of Neurology, Florida neurologist Dr. Francis Conidi says 43 per cent, or 17 of the 40 former NFL players he has treated have shown signs of traumatic brain injury.

Dr. Conidi said his study is the first of former NFL players that detected brain trauma using a special MRI technique that’s called diffusion tension imaging, which measures the movement of water that naturally moves through the brain. Abnormal or slower than average flow may indicate a brain injury, Dr. Conidi said.

Being able to more definitively diagnose traumatic brain injuries, and show that NFL players are more likely to have suffered them than the general public is a significant scientific advance, said Dr. Conidi, of the Florida Center for Headache and Sports Neurology in Tallahassee, Fla.

Dr. Conidi, the study’s lead author, said he has surveyed 40 former NFL players since 2011, whose ages ranged from 27 to 56. The majority of those have been out of the league for less than five years. The survey subjects played in the NFL between two and 17 seasons, and suffered an average of 8.1 concussions in their NFL careers, Dr. Conidi said in an interview with TSN.

“We found another piece of the puzzle,” he said. “We may have found a link to CTE in living athletes. Our study showed some pretty impressive numbers. Everyone doing CTE research would say the cause is brain trauma. So one could say this is a significant link.”

Currently, CTE can only be confirmed with certainty during an autopsy.

The fact it can't be conclusively diagnosed in living patients has left pro sports leagues to take different approaches to the science.

While the NHL continues to deny a link between fighting, concussions and long-term cognitive problems, a top official with the NFL recently acknowledged a link between football and brain trauma.

Dr. Conidi said linemen and running backs were the most likely former players to show signs of brain injuries.

“The problem isn’t just the number of concussions an athlete has, it’s the continuous sub-concussive blows that happen on the line in football on every play,” he said. “It suggests that we should move away from this type of contact at least during practice.”

In addition to the special MRI, study subjects were given a comprehensive medical exam and screening, as well as exams using a standard MRI.