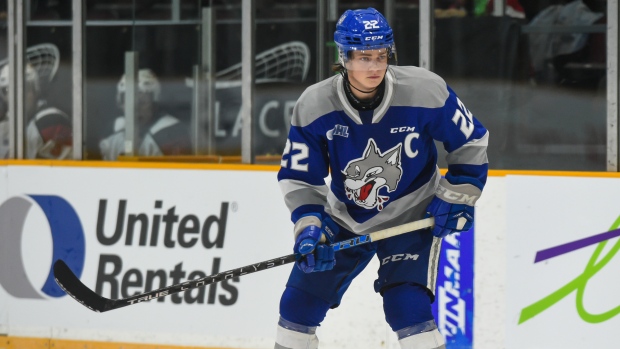 Tampa Bay Lightning prospect Jack Thompson will not be able to attend Canada’s National Junior Team selection camp due to a COVID-19 outbreak among the OHL's Sudbury Wolves, according to TSN Hockey Insider Bob McKenzie.

Thompson was one of only two right-handed defencemen invited to the camp, which begins Thursday in Calgary. There will now be 10 defencemen fighting for eight roster spots on Team Canada for the world juniors.

Jack Thompson (SBY/TB) will not be able to attend the camp due to the covid outbreak on the Sudbury Wolves. Thompson was one of only two right-shot D amongst the 11 invited. So now 10 D will compete for 8 final roster spots. Tough break for Thompson.

The 19-year old was selected in the third round - 93rd overall  - in the 2020 NHL Draft by the Lightning. The 6-foot-1 defenceman has six goals and 19 points in 22 games with the Wolves this season.

The OHL announced that the Wolves have suspended all hockey activities because of 12 players testing positive for COVID-19 on Nov. 30. As a result, six games were postponed, and the Wolves cannot resume their season until Dec. 16.

Johnson to miss start of camp

University of Michigan forward Kent Johnson is also not expected to arrive at Canada’s training camp on Thursday, according to McKenzie.

Johnson, 19, had missed Michigan’s most recent game due to a non-COVID related illness, but his status for Canada’s roster is not believed to be in jeopardy.

Johnson is generally regarded as a lock to make the final roster so the last possible date for that would be Dec. 15. If he misses some evaluation camp time it’s not viewed as a big issue. Anyway, I’m sure we will get some updates later today/this week.

The 6-foot-1 forward has four goals and 23 points in 17 games with Michigan this season.

Johnson was selected fifth overall in the 2021 draft by the Columbus Blue Jackets.

The Port Moody, B.C. native is considered a lock for Team Canada’s roster and missing a portion of training camp is not viewed as an issue, according to McKenzie.