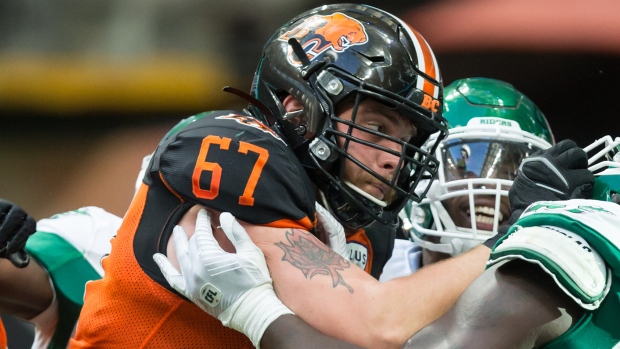 The BC Lions have solidified their offensive line by re-signing Sukh Chungh, Hunter Steward, and Ryker Mathews to restructured contracts, according to TSN's Farhan Lalji.

Steward, 29, has played with the Lions since being drafted by the team sixth overall in the 2013 CFL Draft. The Calgary native also signed a one-year contract. Terms were not disclosed.

Mathews, 28, has played two stints with the Hamilton Tiger Cats, most recently in 2019. The American has been signed to both the New Orleans Saints and New England Patriots of the NFL.