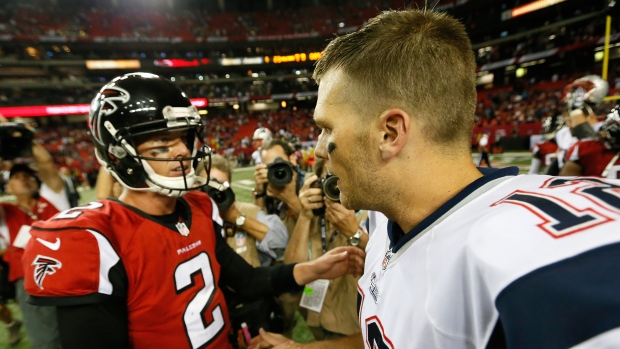 SUPER BOWL LI will be available to Canadian viewers on multiple channels, CTV announced today, as broadcast plans for the biggest event on Canadian television were confirmed. For the first time ever, the NFL championship game will be broadcast in triple-simulcast on CTV, CTV Two, and TSN, featuring Tom Brady and the AFC Champion New England Patriots taking on Matt Ryan and the NFC champion Atlanta Falcons, live from NRG Stadium in Houston on Sunday, Feb. 5.

Immediately following the conclusion of the networks’ SUPER BOWL coverage, in the most coveted timeslot in primetime television, CTV delivers a commercial-free, special presentation of the first episode of CraveTV’s smash-hit original comedy LETTERKENNY, airing on network television for the first time ever. Currently streaming its second season as the most-viewed series on CraveTV, the eight-times Canadian Screen Award nominee has already been renewed for a third season.

The network also announced today CTV’s Watch to Win SUPER BOWL LI Contest, an unprecedented slate of prizes offered exclusively to Canadians watching the SUPER BOWL on CTV, CTV Two, and TSN, including a trip to next year’s Super Bowl LII, a 2017 Nissan Titan, and $300,000 in cash prizes.

Leading up to SUPER BOWL LI, Canadian fans can visit BigGameAds.ca, a destination hosting all the latest American SUPER BOWL ads. The site directs visitors to the best new ads as they are released in advance of the game, as well as fan-favourite ads from previous seasons.

At 6 p.m. ET, TSN and CTV Two networks join CTV/FOX coverage for the final 30 minutes of the pre-game show before kickoff at 6:30 p.m. ET. CTV, CTV Two, and TSN will provide coverage all the way through the SUPER BOWL LI post-game celebrations, featuring the awarding of the Vince Lombardi Trophy. The triple-simulcast includes Lady Gaga lighting up the SUPER BOWL LI festivities during the Pepsi Zero Sugar Super Bowl LI Halftime Show.

“The SUPER BOWL is TV’s biggest event, and we’re very excited to optimize our coverage with the first-ever triple-simulcast across CTV, CTV Two, and TSN,” said Mike Cosentino, Senior Vice-President, CTV and Specialty, Bell Media. “This year, we are rewarding viewers who watch our distinctly Canadian broadcast by adding a real-time, live contesting element on an unprecedented scale. The cherry on top is the network debut of the series premiere of LETTERKENNY, presented commercial-free and uncut. The SUPER BOWL into LETTERKENNY is a can’t-miss super-sampler that delivers the CraveTV phenomenon to mass audiences like never before, and yes, viewer discretion is advised!”

LETTERKENNY is not intended for children. It contains mature subject matter and extreme coarse language, and as a result will be accompanied by appropriate viewer disclaimers. The episode will be delayed in B.C. and Alberta. See exact broadcast times below.

During live coverage of the big game, Canadian NFL fans will have access to the biggest SUPER BOWL contest in Canadian history, CTV’s Watch to Win SUPER BOWL LI Contest. Viewers watching SUPER BOWL LI on CTV, CTV Two, and TSN can text for the chance to win a trip to next year’s Super Bowl LII, a 2017 Nissan Titan, and $300,000 in cash prizes. The grand prize is a cash windfall of $150,000, in celebration of Canada’s 150th anniversary of Confederation.

Viewers can watch for live CTV’s Watch to Win SUPER BOWL LI Contest updates throughout the broadcast hosted by TSN’s Kate Beirness and Tessa Bonhomme, who will reveal the winning keyword for each prize. To be entered into each draw, fans can simply text the winning keyword along with their name and city.

• 11 a.m. ET – ROAD TO THE SUPER BOWL (simulcast with FOX)
Produced by the Emmy Award-winning NFL Films, ROAD TO THE SUPER BOWL features the studio’s classic slow-motion footage and audio highlights from mic’d up players and coaches. It’s an inside look at the unforgettable moments, greatest performances, and most dominant teams of the 2016 NFL season.

• 12 noon ET – SPORTSCENTRE: TOP NFL PLAYS OF THE YEAR
TSN’s SPORTSCENTRE counts down the most amazing plays of the 2016 NFL season in this 30-minute special.

• 12:30 p.m. ET – SPORTSCENTRE: BEST NFL PLAYOFF PLAYS OF ALL-TIME
TSN’s SPORTSCENTRE looks back at the most memorable moments in the history of the NFL playoffs.

• 10:30 p.m. ET (approximately) – LETTERKENNY, a CraveTV Special Presentation (CTV)
In the most coveted timeslot in primetime television, CTV delivers a commercial-free special presentation of the first episode of CraveTV’s smash-hit original comedy LETTERKENNY, airing on network television for the first time ever. In Alberta and B.C., the episode will air at 10:30 p.m. MT and 10:30 p.m. PT, respectively. Viewer discretion advised.

Bell Media’s CTV, TSN, and RDS are the official broadcasters of the NFL in Canada.