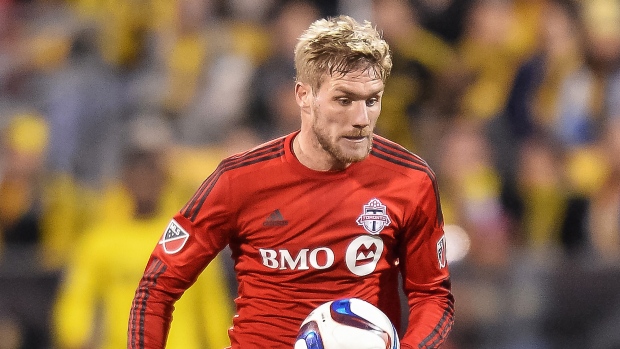 TORONTO - For the second week in a row, Toronto FC defender Damien Perquis has run afoul of the MLS disciplinary committee.

The Polish international has been fined an undisclosed amount "for embellishment" in the 32nd minute of Toronto's 0-0 tie with visiting D.C. United on the weekend. Perquis won a free kick on the play, going down after seeming contact with Luis Silva.

The previous week, Perquis was fined an undisclosed amount for "instigating and escalating a post-game confrontation" in Toronto's 2-0 loss to New York City FC.

An irate Perquis had to be held back by teammates as he tried to get at New York's Andrew Jacobson, who had elbowed him in the back. Toronto subsequently requested that the league review the incident but only Perquis was sanctioned.