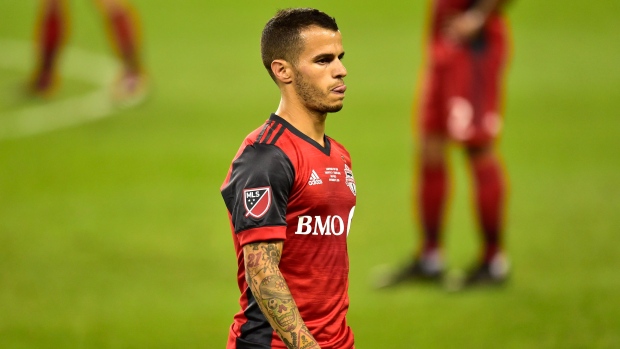 “I was disappointed when I read the post,” Curtis told Jack.  “I’m new to the organization, I’m new to the city, but I know a lot of the people that have worked here for a long time and I believe the club has been really good to Sebastian and Sebastian has been great for the club, great for the fans, scored a lot of goals and won a championship. So, anytime you read something like that, it’s going to be disappointing.”

In the post, Giovinco wrote that the club refused to pick up his option for the 2020 season, then offered him terms he deemed to be unacceptable and that their offer and lack of transparency was a clear message.

“Contract discussions are always challenging and difficult,” said Curtis.  “We offered Sebastian a contract that would have made him one of the top paid players in the league moving forward, this year, next year and beyond.  It didn’t work out that way, he wanted to pursue this opportunity in Saudi Arabia.”

Giovinco posted that he would’ve accepted less money to stay in Toronto, but Curtis said that the talks he had did not suggest flexibility from the player’s camp.

“A lot of these discussions took place before I got to the club, but since I’ve been at the club and also getting up to speed with the folks that were involved, my understanding is that they presented us with a number and that they didn’t want to negotiate off of it and it was, more or less, take it or leave it, so that information and that understanding contradicts what was in the post.”

Curtis also disagrees with Giovinco’s assertion that Toronto FC’s management prefers to focus on things other than the pure desire to win.

“We’re going to sign a new designated player, he’s going to an exciting piece to the team and we’ve already begun those discussions.”

As for the type of player Curtis is looking to add to the team, he describes a skilled offensive player.

“We’re looking at a number of different options to fill the designated player role,” said Curtis.  “We want the player to be creative and attacking and exciting and dynamic with the ability to create goals and score goals.”

“Ultimately, it’s important that we have the right character, a good person that’s going to add value to the fans and be a good part of the community, that’s going to really influence our locker room in a good way."