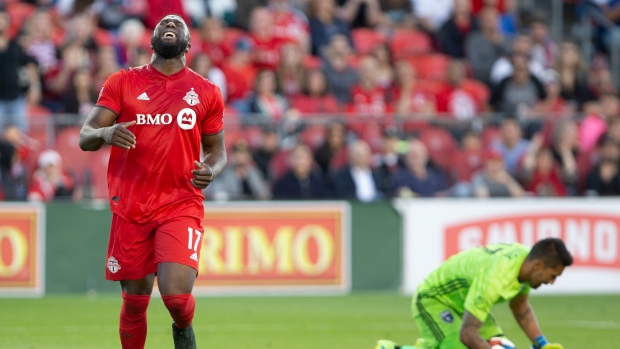 Not only was Toronto FC without star striker Jozy Altidore for their pivot playoff clash against DC United Saturday evening at BMO Field, but surprisingly they also missed reliable defender Omar Gonzalez due to a hamstring injury after failing a late fitness test before the playoff game, according to TSN's Kristian Jack.

Altidore was questionable heading into the opening round of the playoffs after suffering a quad injury in the final game of the regular season on Oct. 6, but the Gonzalez injury was not expected.

Breaking news: Omar Gonzalez (hamstring) has failed a late fitness test and is not in the Toronto FC squad. Since winning MLS Cup #TFCLive avg 1.8 goals per game conceded until Gonzalez arrived and reduced that to 1.1 GPG.
Altidore also out of the 18 (quad)

Jack notes that Gonzalez, 31, has helped TFC lower their goals per game conceded from 1.8 to 1.1 since joining the squad in July.

In 23 appearances across all competitions for the Reds this season, his fifth with the club, the 29-year-old Altidore scored 11 goals.