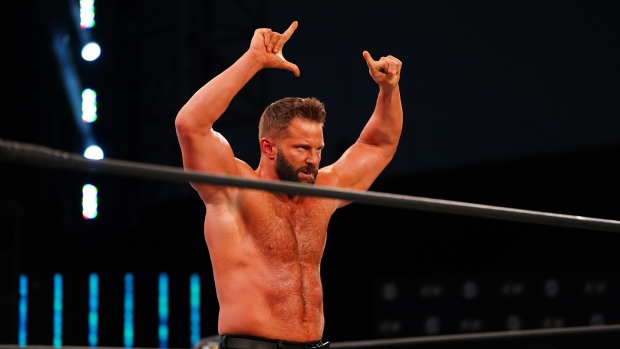 For more than 12 months, a decision about his future weighed heavily on the mind of Matt Cardona.

But this past spring, the choice was made for Cardona. On April 15, in the waning months of his existing contract with World Wrestling Entertainment (WWE), Cardona was among the more than three dozen on-air performers and producers released by the company in a mass talent cut that the WWE attributed to the outbreak of the novel coronavirus (COVID-19).

For the first time in more than a decade, the 35-year-old Merrick, NY native – known in WWE as Zack Ryder – was a free agent. Rather than trepidation, Cardona felt relief.

You can catch Matt Cardona's in-ring debut LIVE on AEW Dynamite on Wednesday at 8pm et/5pm pt on TSN2, the TSN app, streaming on TSN Direct and on TSN.ca.

"For about a little over a year, there was this decision that I was questioning with myself – Do I stay? Do I go?" Cardona told TSN.ca. "I didn't re-sign my contract. My contract was to be up this August. It was this life-altering, career-altering decision. When that phone call was made, that decision was made for me. It was like this instant sigh of relief. It was meant to be this way. It was meant to happen this way."

Enthusiasm followed the relief for Cardona.

"I was instantly so, so excited," Cardona said. "I already had my Pro Wrestling Tees store ready to go. I had my logos ready. I started working on new music right away. I started making moves right away. I got a website made. I love to hustle. I love working hard. So to finally be able to do whatever I wanted, it was just so exciting."

While Cardona acknowledges that there were low points over his WWE career, he looks back fondly on his tenure with the company where he was a multiple-time champion.

"I'm somebody who's very grateful for my time there," Cardona said. "I got signed to WWE in 2006, so 14 years living my dream. I'm very grateful for that. There were highs, there were lows, but you know what? That's the past and it was great and I'm grateful for it. But now it's my time and it's Matt Cardona's turn to prove it to the world and to myself and AEW is the perfect place for me to prove all that."

With his 90-day no-compete clause from the WWE having expired, Cardona made his All Elite Wrestling debut on the July 29 edition of Dynamite, coming to the aid of old friend Cody (Rhodes) after he was attacked by The Dark Order's Alex Reynolds and John Silver. For Cardona, joining AEW was an easy decision to make.

"AEW is the place to be," Cardona said. "You watch it and it's fresh, it's new, it's exciting. For years weve heard, 'Something new is coming, something new is coming!' and it never does, right? AEW is here and it's overdelivered. I'm super excited to be a part of it. And they have action figures!" (Cardona hosts a wrestling figure podcast with longtime tag-team partner, Brian Myers.)

Despite being an industry veteran, Cardona admits to having a few jitters prior to his first AEW appearance.

"I'll be honest, I was super nervous last Wednesday because I am a perfectionist and also a diehard wrestling fan," Cardona said. "So for me, I don't really care about the doubters, but I care about the fans who've kept my career alive for so long. I want to make them proud. I want to do them right. So I loved coming out live on Dynamite. The response from the fans afterwards was fantastic and I'm just looking forward to the future and the next couple of weeks on Dynamite."

Cardona says that he quickly made peace with the new realities of performing during the pandemic.

"Would it have been great to have this big arena chanting for me when I came out?" Cardona said. "Sure, but that's not the world we live in right now. When I came out there, it was like all of those people were out there, too, because there were millions watching at home. I didn't look around and think 'Where are the people?' I was focused on doing what I had to do."

If Cardona speaks frequently about his fans, it's because he feels a genuine kinship with them. Cardona helped cultivate his relationship with his fan base by thinking outside of the wrestling box and starting his own YouTube show, Z! Long Island True Story, back in 2011 that dealt with the day-to-day goings on in his life as a professional wrestler. While wrestlers having their own shows is something that has become commonplace (The Elite's weekly Being the Elite averages well over 200,000 views an episode), Cardona was a pioneer in the industry a decade ago. It's a move that he credits with raising his prominence as a performer.

"When I started that YouTube show, I didn't do it because I wanted to be like this YouTube guy," Cardona said. "I started it because I wanted to create buzz and get noticed and that was the tool I just so happened to be using. I wanted to blend my wrestling character with my real persona. I brought in my real friends as characters, my dad as a character, and I think that's what drew the audience to me, and they wanted to support me and after all these years, they still do. So starting that show was the best thing I ever did."

In joining AEW, Cardona now finds himself on a roster full of new faces and some familiar ones from his WWE days, but says he's excited to take on just about anybody.

"For sure I want to wrestle the guys I've wrestled before like [AEW World Champion Jon] Moxley, [Jake] Hager and Cody, but then there are the guys I've never wrestled before – Kenny Omega, the Young Bucks," Cardona said. "I literally want to wrestle everyone on that roster because I'm a fan at the end of the day. So I'm fantasizing about these potential matchups, but I want to actually wrestle them, too, and get in there with these guys like [SoCal Uncensored], Joey Janela, Darby Allin – you name them, I want to get in there [with them]...I'm looking forward now to the TNT title, the AEW title, the tag team titles – maybe me and Cody go for those? This is a new beginning for me and I'm just looking forward and to the future."

Though Cardona has no plans to even contemplate retirement at this point in his career, he already knows how he'd like to be remembered.

"I want to be recognized as somebody who wouldn't take no for an answer," Cardona said. "A self-made superstar and any time that I had an opportunity, I capitalized on it. Any time I needed the fans to be there for me, they never forgot about me. I thank the fans so very much for that.

The fans have the chance to be there for Cardona again on Wednesday night when he makes his AEW in-ring debut as he and Cody team up against the Dark Order.